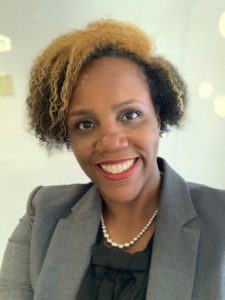 Zakiyyah Boone is  Chief Executive Officer at Wonderspring. Ms. Boone is responsible for the programmatic direction of the organization’s five high-quality early childhood education programs, its kindergarten program and its five out-of-school time programs. She is also leading the effort to open Wonderspring’s newest early childhood education program at New Market West, which is slated to open in the spring of 2020.

Ms. Boone has 22 years experience as an early childhood and youth development professional. Most recently, she served as Vice President of Early Childhood at the Greater Philadelphia YMCA where she managed a budget of $20M, identified growth and partnership opportunities and ensured the appropriateness of facilities to deliver high-quality programs. A national leader in educational quality improvement, Ms. Boone led a nationwide initiative aimed at enhancing the ability of after school programs to improve student outcomes. Locally, she has cut the ribbon on 10 child care centers and launched multiple evidence-based youth development programs across the Greater Philadelphia region.

Ms. Boone holds a BS in Elementary Education from Millersville University and an MBA from Kaplan University. As a mother of two, Ms. Boon personally understands the impact that high-quality early education can have on children and families, especially with a high-quality childcare provider such as Wonderspring.