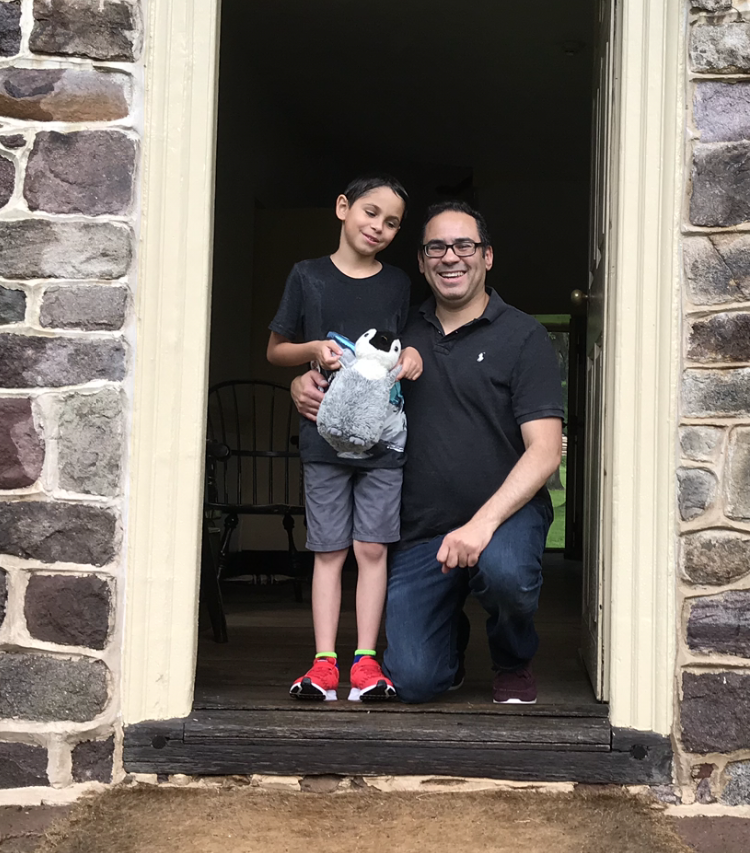 For Karl and Michael Martinez, Wonderspring’s school age
program for virtual learners was a lifeline

Michael Martinez began attending Wonderspring’s before- and after-school program at Ridge Park when he was in Kindergarten. From the very beginning, his father Karl could see the positive impact the program was having on his son.
“Before starting at Wonderspring, Michael didn’t have a lot of friends,” says Karl. “He was extremely shy and used to stay off to the side on his own. But at Wonderspring he started making friends and since then, he’s made leaps and bounds socially. He joins groups, plays games and takes part in activities. So much of that progress is due to the program at Wonderspring.”
Karl, a single parent who works as a recruiter, was always grateful for the quality of care his son received at Wonderspring and for the attentive staff who helped nurture his son’s social development. But this fall, that gratitude magnified exponentially.
“When the pandemic hit and everything closed, I was home trying to juggle working and teaching my son,” he says. “It was a nightmare for both of us. I wasn’t getting much work done and I wasn’t doing a great job helping him. Then when I had to go back to the office, the Colonial school district announced they were going to open 100 percent virtual. I really didn’t know what I was going to do. Thank God Wonderspring offered the online virtual support program. It has been an absolute lifesaver.
“The program has allowed us both to get back into normal routine. Michael felt like he was back at school learning with other kids and I was able to go back work and be productive. I can’t tell you how much of a help that has been. “
While learning virtually was initially a bit of an adjustment, Karl says Michael adapted quickly and that the teachers at Wonderspring have been incredibly supportive. “When Michael’s school-issued device stopped working Leandra was able help him get a replacement right away,” he says.
And overall, Michael is happier. “When we were stuck at home, he was so isolated,” says Karl. “The only people he saw were on Zoom. Going back to Wonderspring, he really appreciated that he could socialize and be around kids his age. He’s even made some new friends.”

You can be a lifeline to a family like Michael’s. Make a donation to our Scholarship Fund and help ensure all children have the benefit of high-quality care.

Written by Wonderspring Early Learning on November 19, 2020. Posted in Uncategorized